My experience, in the tradition of Vanda Scaravelli

I see the tradition of yoga as a river that for thousands of years many streams and many springs feed along its course towards the great ocean, but the first source of this river lies in each of us, deeply hidden. Often, only when we are licked by the great river of tradition, thirst for true knowledge awakens. Tradition is water to appease our thirst and nourish our being, but the true seed is in us and it is the one that has to open and grow towards the sun. The lesson I received from Vanda Scaravelli is without doubt in the great yoga tradition that comes from Krishnamacharya, through her students BKS Iyengar and Desikachar, and is affected by the life and works of J.Krishnamurti, who was a friend of Vanda and of his family. Krishnamurti held conferences in Gstaad, Switzerland for many years, during the summer months, and during those periods was always Mrs. Scaravelli’s guest at Chalet Tanneg. Krishnamurti invited in Gstaad, as his private yoga teachers, before B.K.S. Iyengar and then Desikachar and so Vanda studied with them individually for many years. When these masters went no further to Gstaad, Vanda, remained alone and was stimulated to discover a new approach that would allow Krishnamurti to continue practicing without being exhausted: “Gravity seemed to be the answer and from there I started a new way of practicing the asana, ” she writes in his book Awakening the spine. When I met her, she was seventy-five, and in her everything had become pure, simple everyday life, she did not need to talk about it, lived it and transmitted it with the teaching of yoga, which for her it was “in every single action where the body and mind meet at the same point and at the same moment “(Vanda Scaravelli, Awakening the Spine). At that time I knew little about her, about the tradition of yoga and about her wonderful masters, I was 26 years old and I lived near her home on the hills of Florence.
She belonged to a family of intellectuals and artists, her father, Alberto Passigli, had founded the “Maggio Musicale Fiorentino”; Leccio, the family villa where she lived, has always been a meeting point of internationally renowned musicians, artists and intellectuals, she was a great pianist and she loved doing long walks in the countryside where, later, we often encountered on the same paths. The quality of her mind, which was clear from her gestures and her way of walking, pushed me to know her. Once I found out where she was living, I knocked on his door. It was maybe a Sunday, she had some guests, someone was playing the piano, and without asking questions, she told me to come in and she offered me hot chocolate and cream. Since then I came back regularly to visit her and through her I came into contact with J. Krishnamurti’s thought. She then invited me to become one of her yoga students: I was the youngest of the group and the only beginner. She taught only individually: we met each week for a few hours in the morning. She told me, because she understood that the relationship involved a mutual commitment: “I took you as a pupil, but I guess, I only teach yoga teachers …”. Her lessons were very demanding, because the “undoing” requires more attention than “doing”. Although each of us aspires to free ourselves from our own tensions, this process always encounters a great resistance. But the practice of asanas was so closely interconnected with breathing that the big hands of my mind began to leave their grip on the body and began to feel what Vanda meant by “gravity”. Things are simple, it’s the mind that complicates. Vanda spoke little, silence was more important than words, her instructions came at the right time, and they always let me enjoy the discovery. Meeting her and receiving her teachings for years, just standing next to her, as she has asked, “without ambition and for an infinite time,” I consider it a great privilege.

Today, the spread of her teachings shows that her message is still alive and necessary. Over the last twenty years, thanks to her very few students, it has been welcomed by many teachers around the world, and has transformed their practice and their lives. Vanda has tried to rediscover yoga ‘techniques’ from listening to breath, internal rhythms, natural spine movement, and gravity. A ‘religion’ of the body, as she said, that makes the body itself the way to follow, with its stages, its secrets, its gifts. The encounter with the body is a meeting with nature, with the earth and its forces, first gravity, which opens us to larger dimensions than us, makes us feel in contact with the whole universe. And it is also in this sense that we meet the symbolic world of our tradition and the recovery of our roots. Part of her book is dedicated to Greek myths on the foot and heel, her teaching frees us from the risk of having a strict interpretation of the tradition without mediating with our culture and by imposing on the body practices that it does not need. By reconnecting with earth, with the body’s intelligence, listening to its deep rhythms, a non-mechanical, non-fragmented movement emerges from the spine, not imposed by thought, and we can let the posture unfolds from the inside outward. This requires great attention at the present moment. In this regard, I want to bring back a beautiful letter that J. Krishnamurti addressed to schools where he says something about the importance of ‘rest’ in learning: “… so we must clearly understand the word rest – a time, a time when the mind is not occupied absolutely at all -. It’s time for observation. Only the un-occupied mind is able to observe. Free observation is the movement of learning. This allows the mind to be not mechanical … “(J.Krishnamurti, Letters to Schools). It takes years of relationship with a teacher and constant practice to maintain and make good contact with the earth and with gravity. The practice of yoga develops mainly through a long, special relationship between teacher and student based on silence and acceptance. Only through the quality of this relationship based on trust, elements of tradition can be used by the teacher at the right time. So these works as a clear mirror and do not become a further veil on what needs to be known.

Only by trust comes the strength that sustains us in the difficult and long journey. Yoga is not a more or less complicated series of practices, yoga ‘happens’ when we can stay silent, in contact with the source of all traditions. Without a great deal of confidence, like the one that combines two forces that cooperate in the same direction, one can not go deep. The path of yoga has many affinities with the process of birth; requires, to lead a person towards independence and the integration of all its potentialities, tenderness, affection, listening, compassion. Abandoning resistance to change is the thing that makes us more frightened. To leave fear, to let it melt like snow in the sun we need to feel safe, protect. Today, if you just open your computer and go on a search engine to gain access to more or less valid information on all the traditions of this small planet. Even the most secret techniques today are no longer so, but the chance to access everything right away does not open the door to yoga. We can read and study, we can search greedily in the sacred texts of all nations, but it is sufficient only one Patanjali sutra if transmitted at the right time from ‘alive’ to ‘alive’, from heart to heart – by those who have made it clear in depth through attention and observation to those who have become empty and know how to listen – to transform knowledge into living matter.
Vanda has shown me that true inner healing is born from the ability to listen, to perceive, to be open, rather than from the application of a technique. As a teacher she wished that there was nothing left between her and the student then love for Life and her natural tendency to flourish. She wanted the teaching to be devoid of any form of manipulation; her role was not to give information but to awaken my ‘hunger’ and my natural intuition to look for what I needed. At some point in my journey I felt the need to deepen some texts of the yoga tradition, the Upanishad and the Patanjali sutras. It was a great encounter, and it was a great discovery that Patanjali was transmitting something I had already heard, not through a traditional text but through the touch of my teacher’s hands. What I was listening to and singing evoked in me a definite physical sensation: to go back home, find my own center exactly where I was at the present moment. Vanda could awaken this memory with her hands inviting my body and mind to merge with the breath movement, to open from the center, to follow gravity, and to receive from the earth. Her teaching was not in contrast to what came from ancient India. To keep alive a tradition, it is not only necessary to be faithful but it is above all necessary to put it into question, to doubt it, to rediscover its truth every day with the help of not only thought but of all our body and the most intuitive part of our mind. So this is my way to be faithful to the tradition I met in the teachings of Vanda and to continue her research in the direction she pointed to: unpack everything, return every moment to the origin, so that the beauty that springs every moment out of this will make of this work an “art” and the tradition will be nourished by the ‘living’.
We must have the courage to welcome the new and to convey what of the received tradition is alive in us, because only this will be true nourishment for the teacher and for the pupil. The old oral tradition meant to hand over texts or practices even through people who simply recalled without understanding, but this is no longer necessary. Today yoga can be accessible to anyone who has “a good mind and is not afraid to explore, to observe. It’s possible To have a different attitude in which a new intelligence will emerge, not imposed by authority but born of interest, attention and sensibility, in which body and mind fused in a single action can work together “(Vanda Scaravelli, Awakening the spine). 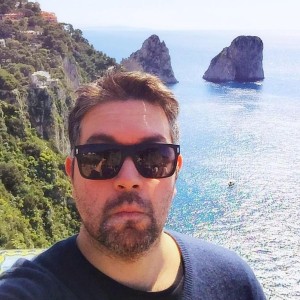